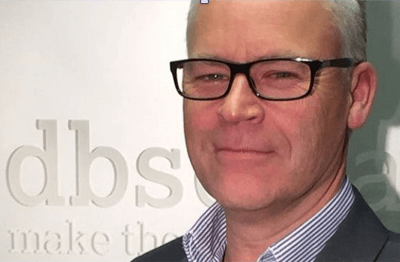 Why the time has come for stricter measures

In January, the issue of marketing to those deemed vulnerable in society hit the headlines again. My heart sinks when I read these stories, firstly on a personal level for the victims, but also as data-driven market professional who along with many others work tirelessly to undo the damage done to our industry by the few. The time has surely come for stricter measures to stamp out data abuse.

As the ethical majority of responsible data providers we must be vocal in our condemnation but also proactive in putting safeguards in place that ensures the information we share is used morally, in a relevant, timely and compliant way. As data providers we are the custodian and gatekeeper of the many millions of consumer and business records. Yes, this is a moral obligation but it would be naïve to say it isn’t also commercially driven. If we chose to sell data that is in turn exploited and abused, then the value of the company assets would diminish rapidly, as would our 20 year standing in the wider marketing world. So, it is in the interest of everyone – marketer, data provider and the customer – that this data is always used responsibly, which means personalised, relevant communications that are shared with the right recipients at the right time.

Everyone knows that gaining and maintaining data isn’t a cheap business to be in, and whilst the majority of data providers operate a socially responsible code of practice, there are some less scrupulous in the UK and overseas that are only too happy to recoup their often substantial investment by selling data irrespective of its intended use. Then there are those ‘slick’ operators that have been known to pull the wool over the eyes of decent data providers, saying one thing and doing something rather different.

Over the years, and indeed recently, we have chosen to walk away from what would have been highly profitable projects, as during the scoping process we have deemed them to be inappropriate in nature and not in line with our code of conduct.

As illustrated in the recent news headlines the vast majority of incidents of data abuse typically involve marketing (or the intention to market) to what most would consider to be vulnerable people in our society. As a result we have adopted a strong stance in that we operate a blanket ban on sharing data relating to groups such as the unemployed, those over 75 years of age and sub-prime sectors to name a few.

However, we have gone even further and now insist upon vetting every single piece of marketing material or communication that is intended to be shared with the contacts on our database, whether it is a piece of traditional print-based DM, email, or even the call-script if it is an outbound telephone campaign. Furthermore, in December we launched our new 2.5million record charity database and took the bold decision to place usage limits on the data, to prevent households from being bombarded with donation requests.

Of course, this system is open to abuse but we police it strictly with the ability to black list, refuse to resupply, and where necessary report the organisation. We are not trying to make it harder for marketers to do what is already a tough job. On the contrary, the marketers we work with value and respect these measures to protect what they view as a hugely valuable asset that they can tap in to today and tomorrow, safe in the knowledge that if used responsibly it has the potential to reap the rewards in meeting their campaign and broader business objectives.

If we are to stamp out data abuse the burden of responsibility must rest on the shoulders of those who hold the power and these are the data providers.